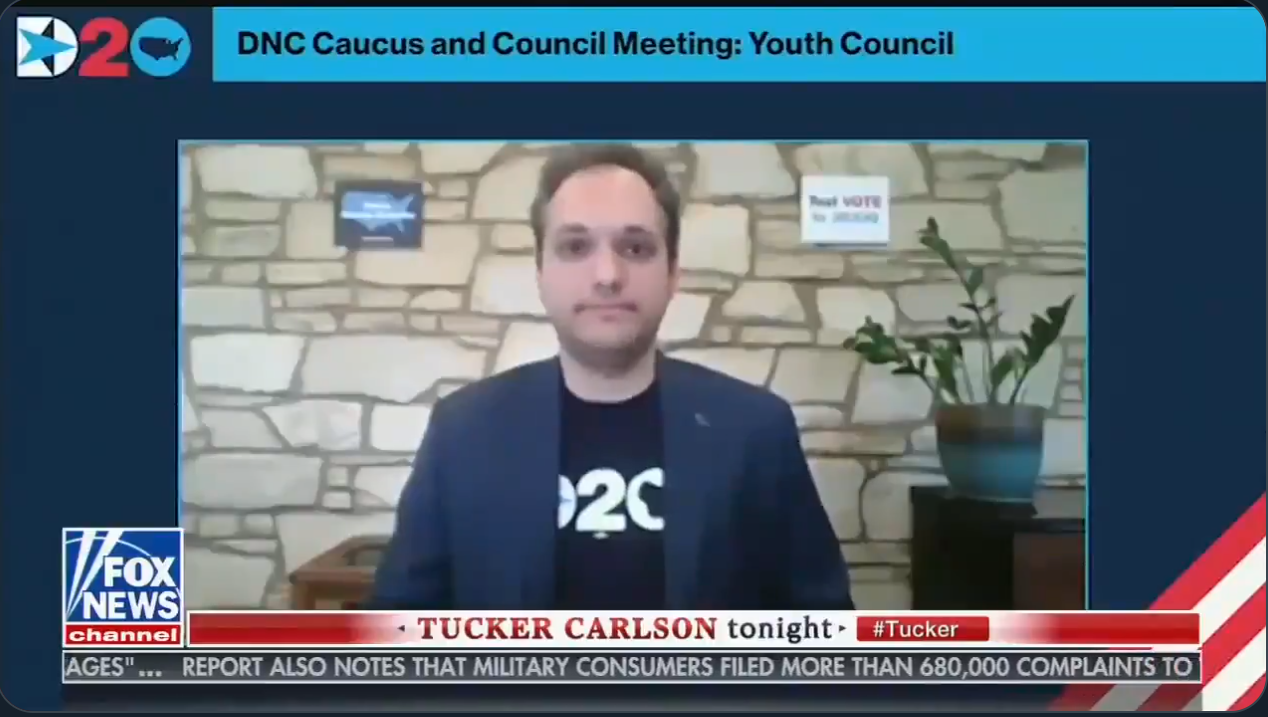 As Chair of the DNC Youth Council, Michael organized and ran two virtual meetings of the Council during the 2020 Democratic National Convention. As a result of him opening the first meeting by inviting participants to "rise or kneel, if you are able, per your preference" to show solidarity with Black Lives Matter and end racial injustice while also recognizing disAbility, Michael was attacked online by conservatives, on Fox News by Tucker Carlson, and was even featured in a Donald Trump campaign ad. Michael used their hate to raise money for Colin Kaepernick's Foundation, and a liberal reporter highlighted Michael's support for Black Lives Matter.

The first meeting of the DNC Youth Council at the 2020 Democratic National Convention, aired virtually and anchored in Milwaukee, WI, was held on August 17, 2020. Watch it here.

The second meeting of the DNC Youth Council was held on August 18, 2020. Watch it here.